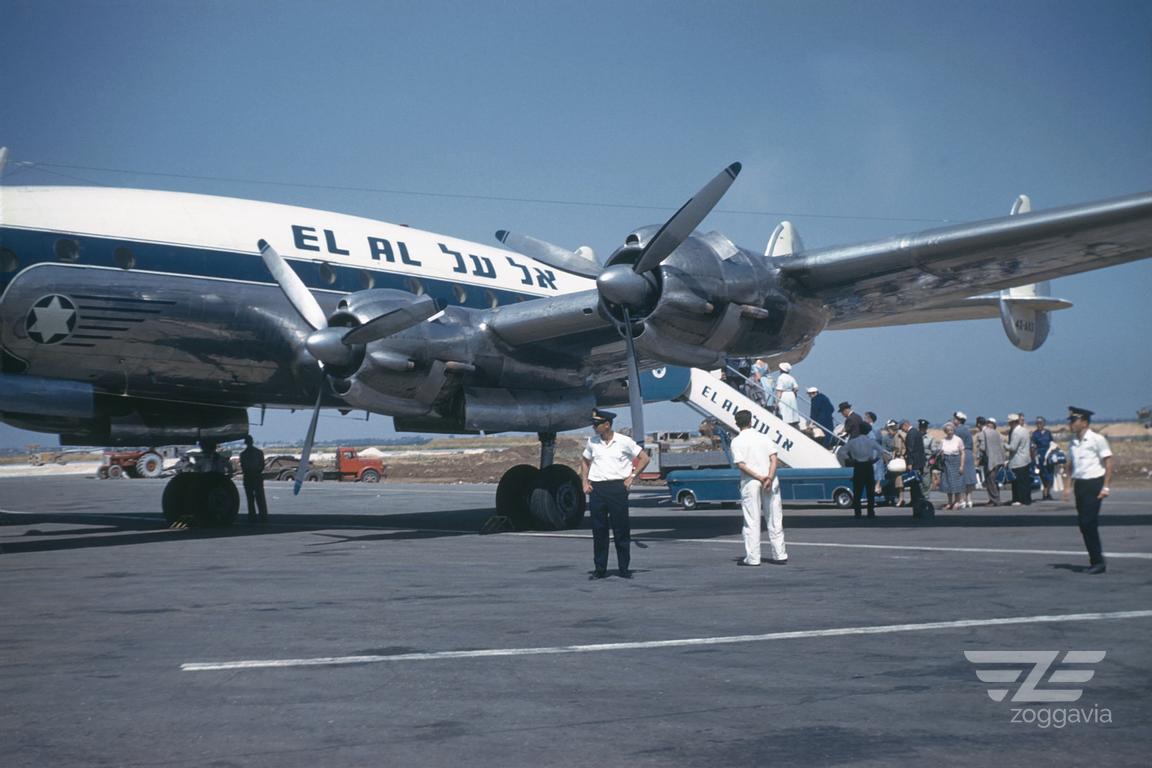 El Al Israel Airlines – Founded in November 1948, the Israeli carrier began operations in mid 1949 with leased DC-4s on routs from Tel Aviv to Rome and Paris. In June 1950, three 049s were bought as replacement for the DC-4s, and, after conversions at Burbank, the aircraft were delivered during the spring of 1951. In 1952, El Al placed an order for 1049E Super Constellations, but the order was later cancelled and instead a fourth 049 was purchased in 1953. The network serviced included destinations as New York, Johannesburg and several cities in Europe like Paris, London, Athens and Zurich. The fourth 049 entered service with the airline on 25 June 1954. On 22 December 1957, Britannias started taking over the 049s on the New York route, however all 049s were used during the peak season in 1958. 1961 saw the final season for the Connies and after a period of use as back-up aircraft the last scheduled flights in October 1961, the Connies were phased out at the end of the year. 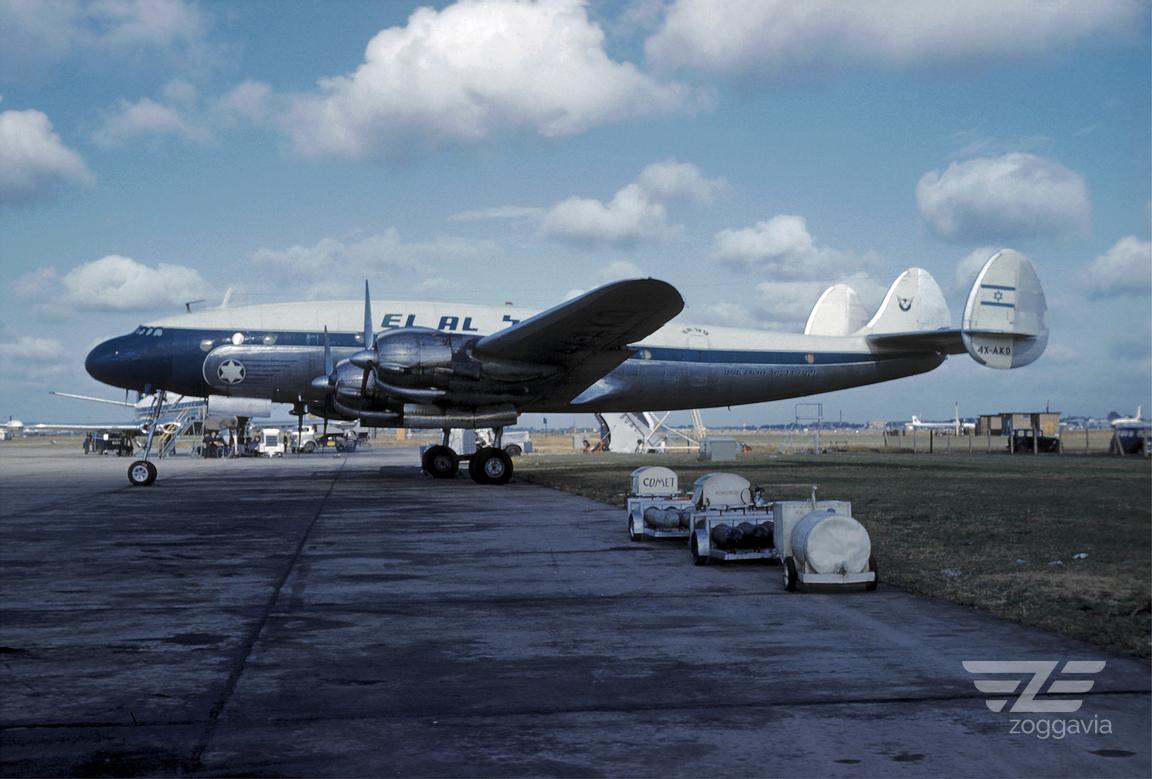