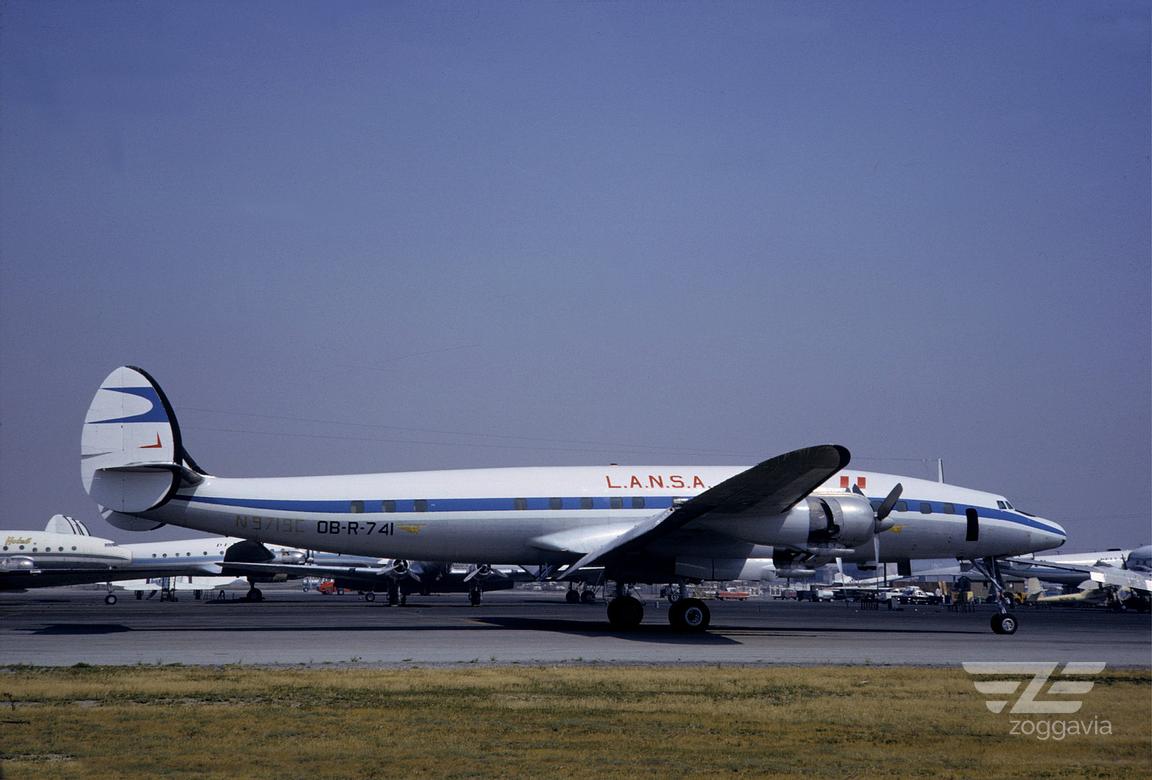 Formed early 1963, 2 L1049Gs and four L749As were to be leased for low fare services from Lima to Caracas, Venezuela, and Paris, France. Eventually,  the four L749As were delivered and placed on scheduled domestic services to seven Peruvian cities. In 1965 Eastern Air Lines provided financial, technical, and maintenance assistance in return for a 33.3% interest in the airline. Two more L749As were put into service by 1965, and early in 1966. After a fatal accident to a Connie in April 1966, operations were suspended and Eastern withdrew their assistance.

In September 1966 all services were restarted with the Constellations, and all destinations served when two Namc YS-11s were added to the fleet. With the addition of a third YS-11, Connies were phased out and the only route flown by Constellations was from Lima to Iquitos in 1968. In 1969 Lockheed L188 Electras were acquired but the airline closed all activities when their only operational Electra crashed on 25 December 1971.