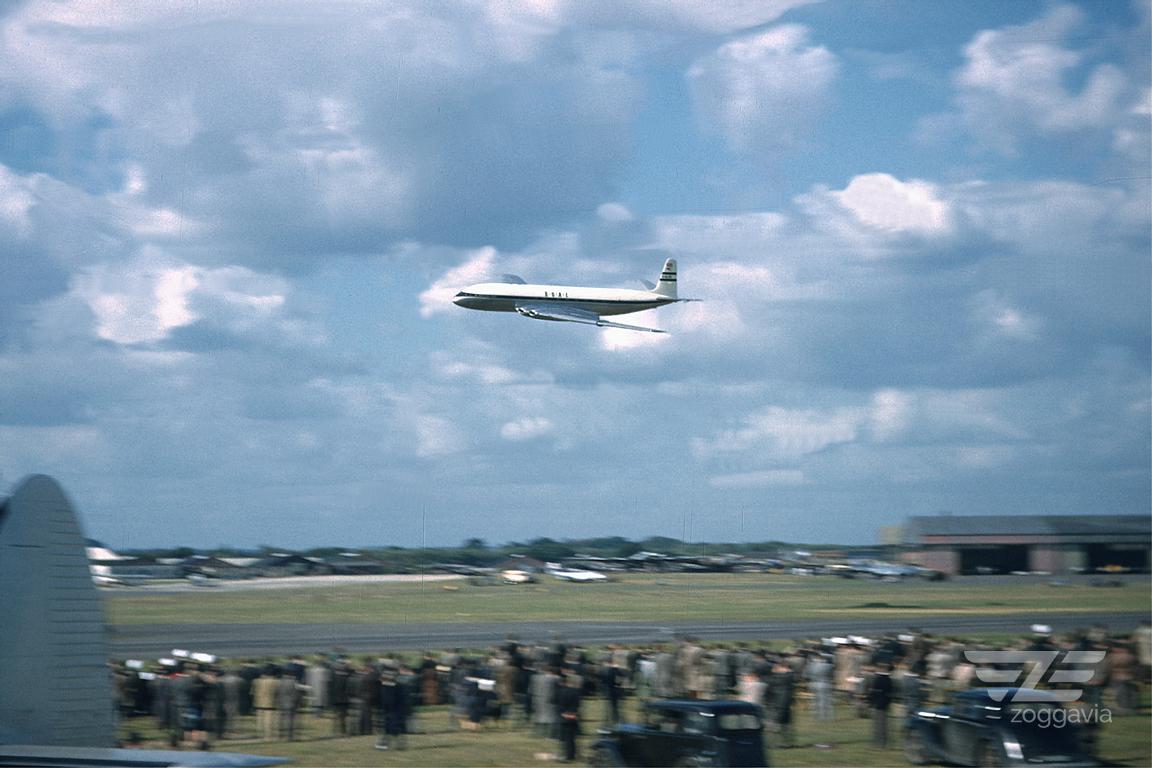 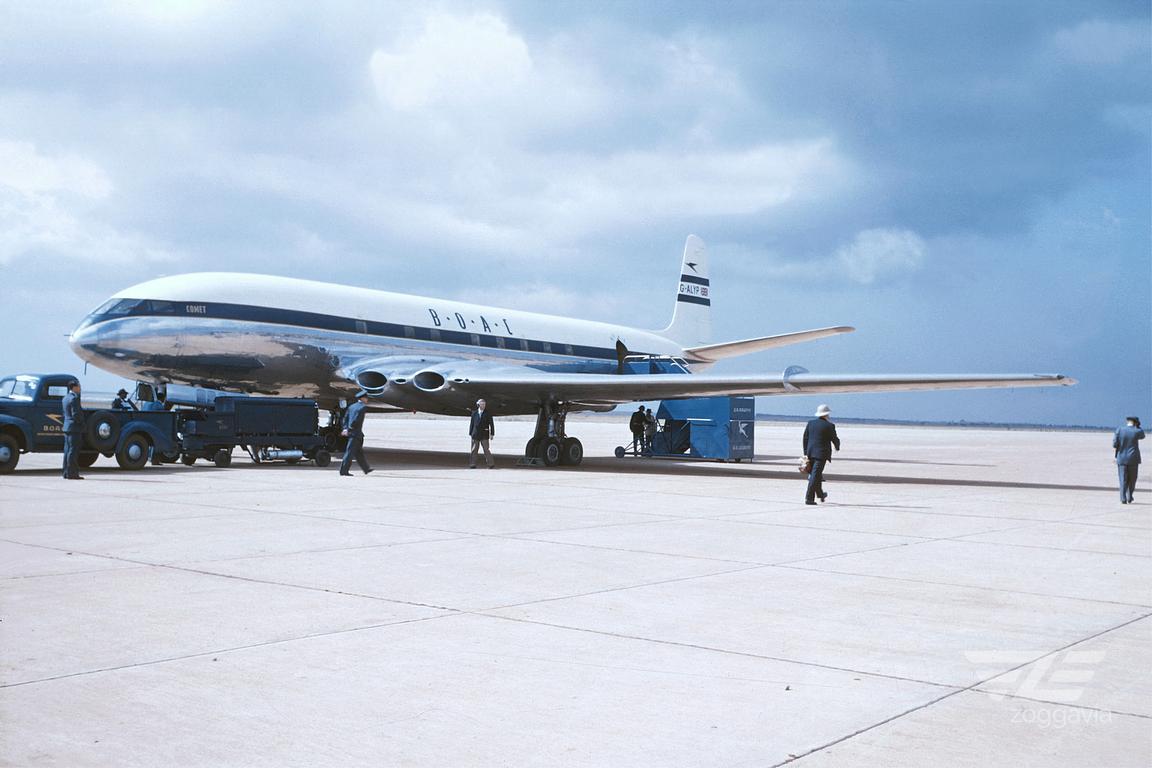 G-ALYP seen at Johannesburg in 1952

Design work began in 1946 under Ronald Bishop, and the intention was to have a commercial aircraft by 1952. The de Havilland DH. 106 Comet 1 first flew on 27 July 1949. The design was similar to other airliners except that four new, albeit underpowered, de Havilland Ghost 50 turbojets were mounted within the wings in pairs close to the fuselage.

The clean, low-drag design of the aircraft featured many design elements that were uncommon at the time, including swept-wing leading-edge, integral wing fuel tanks, and four-wheel bogie main undercarriage units. The airliner underwent almost three years of tests and fixes, and the first commercial flight took place to Johannesburg on 2 May 1952 with Boac.

The jet airliner proved to be around twice as fast as contemporary aircraft, like the Constellation, with almost 30'000 passengers carried in the first year. Orders began pouring in from airlines, including Canadian Pacific Airlines (2 aircraft), Air France (3), and Union Aéromaritime de Transport (UAT) (3). The Royal Canadian Air Force (RCAF) also became the first military in the world to introduce jet transports when it placed an order for two Comet 1s. 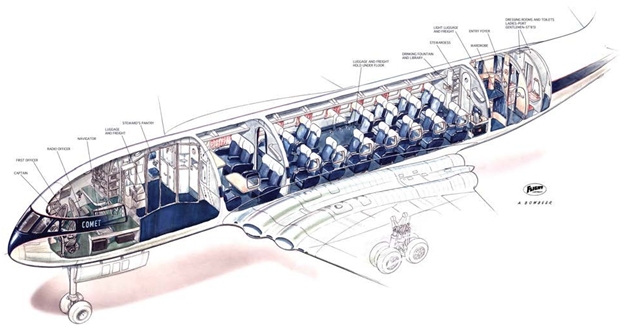 A cutaway drawing of a BOAC DH.106 Comet - (Image courtesy of Flightglobal) 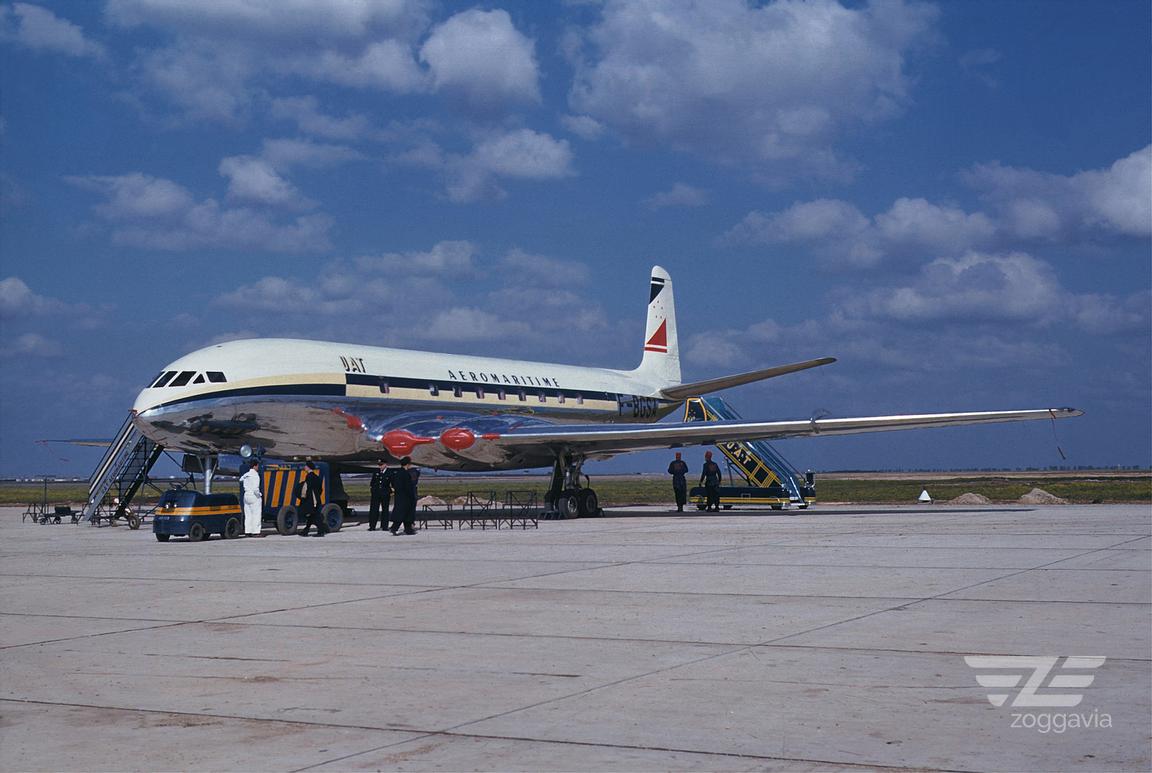 Large picture windows and table seating accommodations for a row of passengers afforded a higher degree of comfort and luxury than other airliners of the period. Amenities included a galley that could serve hot or cold food and drinks, a bar, and separate men's and women's toilets. Emergency provisions had several life rafts stored in the wing roots near the engines and individual life vests stowed under each seat. 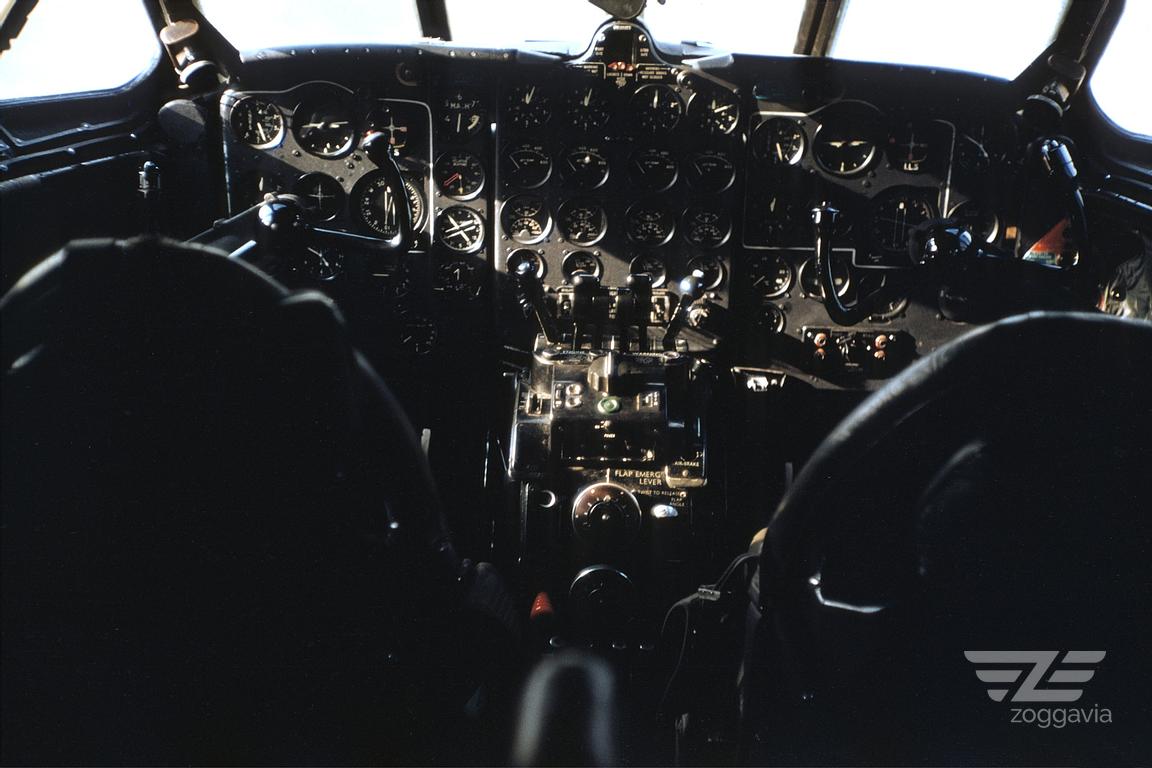 For ease of training and fleet conversion, de Havilland designed Comet's flight deck layout similarly to the Lockheed Constellation. This aircraft was in service at the time with potential key customers such as BOAC. The cockpit included full dual controls for the captain and first officer. In contrast, a flight engineer controlled various key systems, including the fuel, air conditioning, and electrical systems. The navigator occupied a dedicated station with a table across from the flight engineer. 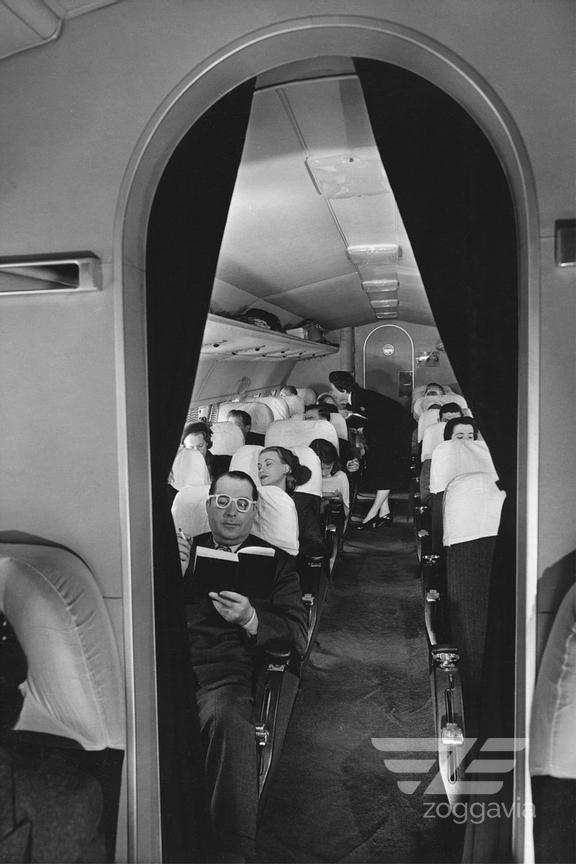 It was the Concorde of its day – it flew higher, faster, smoother than any other airliner of that time and made everything else obsolete 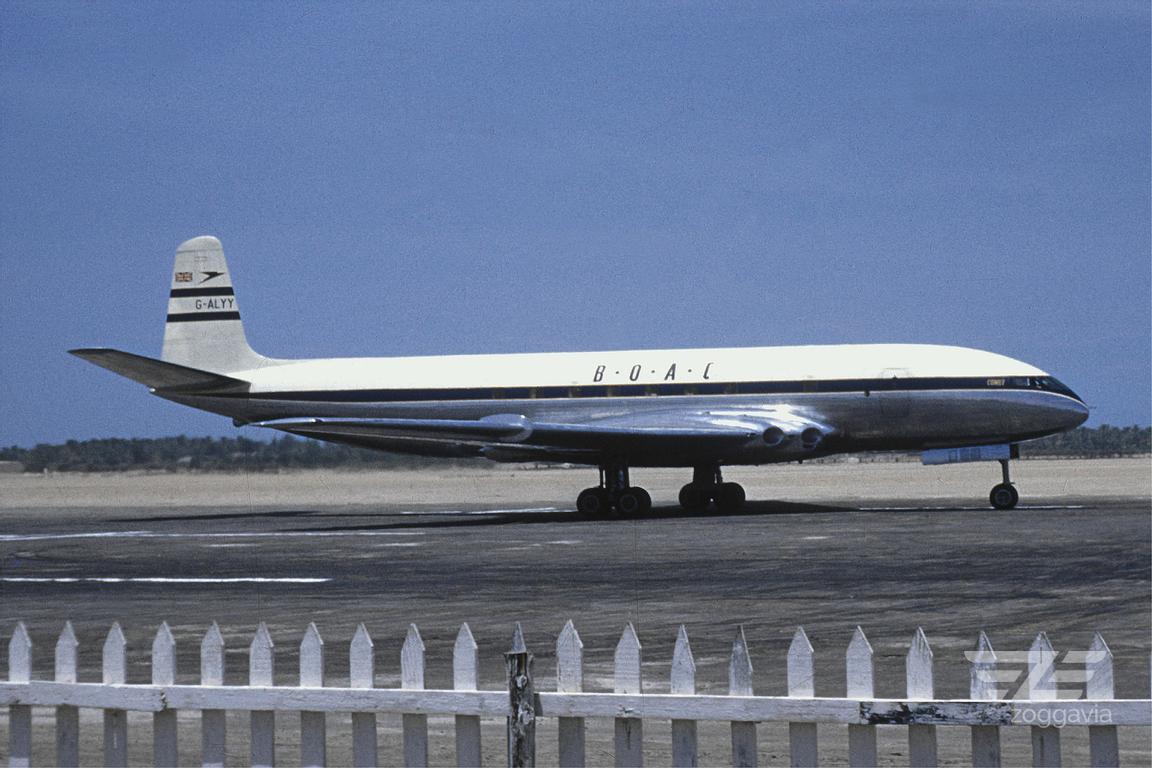 Boac Comet 1A G-ALYY just few months before the tragedy, pictured at Muharraq airport, Bahrain in 1953

The first sign of a flaw in the Comet came on 2 May 1953. Comet 1 G-ALYV crashed in a severe tropical storm six minutes after taking off from Calcutta/Dum Dum, India killing all 43 on board. Further crashes followed; on 10 January 1954, 20 minutes after taking off from Ciampino, Comet G-ALYP broke up in flight and crashed into the Mediterranean off the Italian island of Elba, losing all 35 on board. There was no apparent reason for the crash, and the fleet was grounded. At the same time, the Abell Committee met to determine the potential causes of the crash.

On 8 April 1954, Comet G-ALYY, On charter to South African Airways, was on a leg from Rome to Cairo (of a long flight from London to Johannesburg) when it crashed in the waters near Naples. The fleet was immediately grounded again, and the Royal Aircraft Establishment (RAE) formed an extensive investigation board. Royal Navy tasked the helping to locate and retrieve the wreckage to find the cause of the accident.

Engineers subjected an identical airframe, G-ALYU, to repeated re-pressurization and over-pressurization. After 3,057 flight cycles (1,221 actual and 1,836 simulated), YU failed due to metal fatigue near the front port-side escape hatch. Investigators began considering fatigue as the most likely cause of both accidents and initiated further research into measurable strain on the skin. In February 1955, as suspected, metal fatigue became the problem. After thousands of pressurized climbs and descents, the thin fuselage metal around the Comet's distinctive right-angled, large windows began to crack, eventually causing sudden depressurization and catastrophic structural failure.

All remaining Comets were either scrapped or modified. De Havilland rebuilt the Comet 1s with heavier gauge skin and rounded openings and put the program to produce a Comet 2 on hold. The Comet 2 had a slightly larger wing, higher fuel capacity, and more powerful Rolls Royce Avon engines, improving the aircraft's range and performance. Boac ordered twelve of the 44-seat Comet 2s for the South Atlantic route. The first production aircraft (G-AMXA) flew on 27 August 1953. Although these aircraft performed well on the South Atlantic routes, their range was still not suitable for the North Atlantic. The RAF took delivery of all but four Comet 2s beginning in 1955. Eight Comet C2 transport aircraft and two Comet T2 crew trainers. 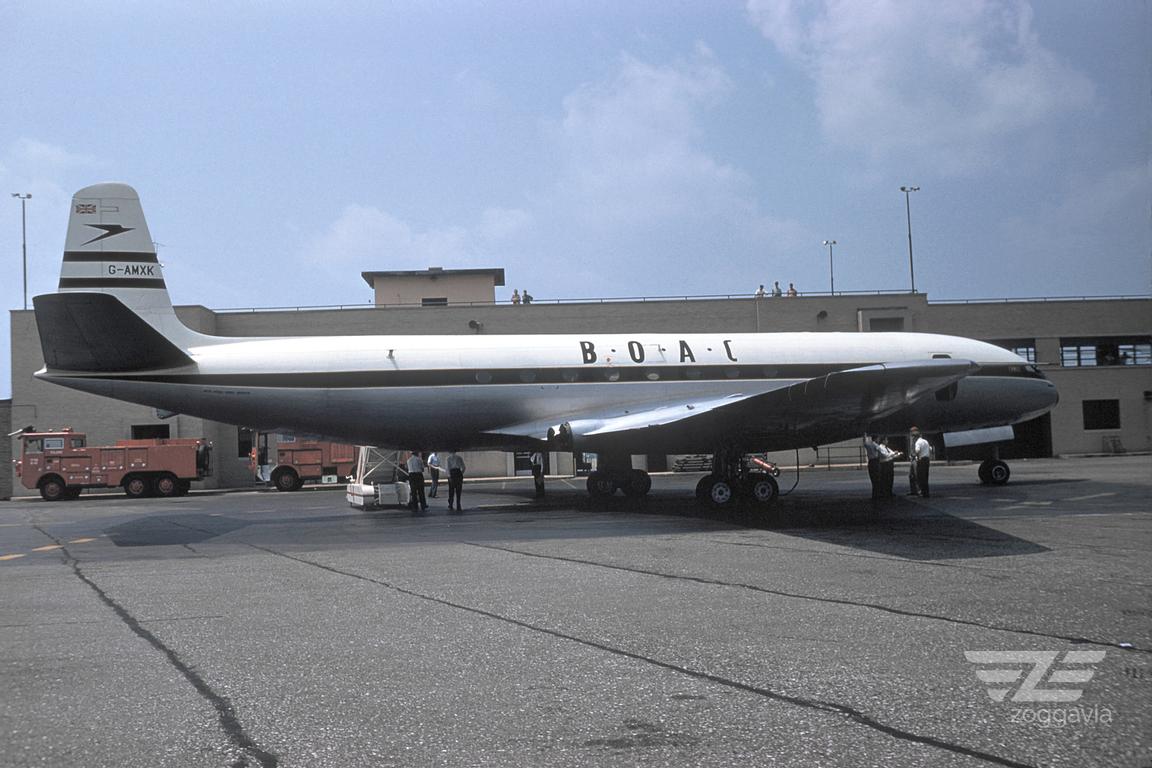 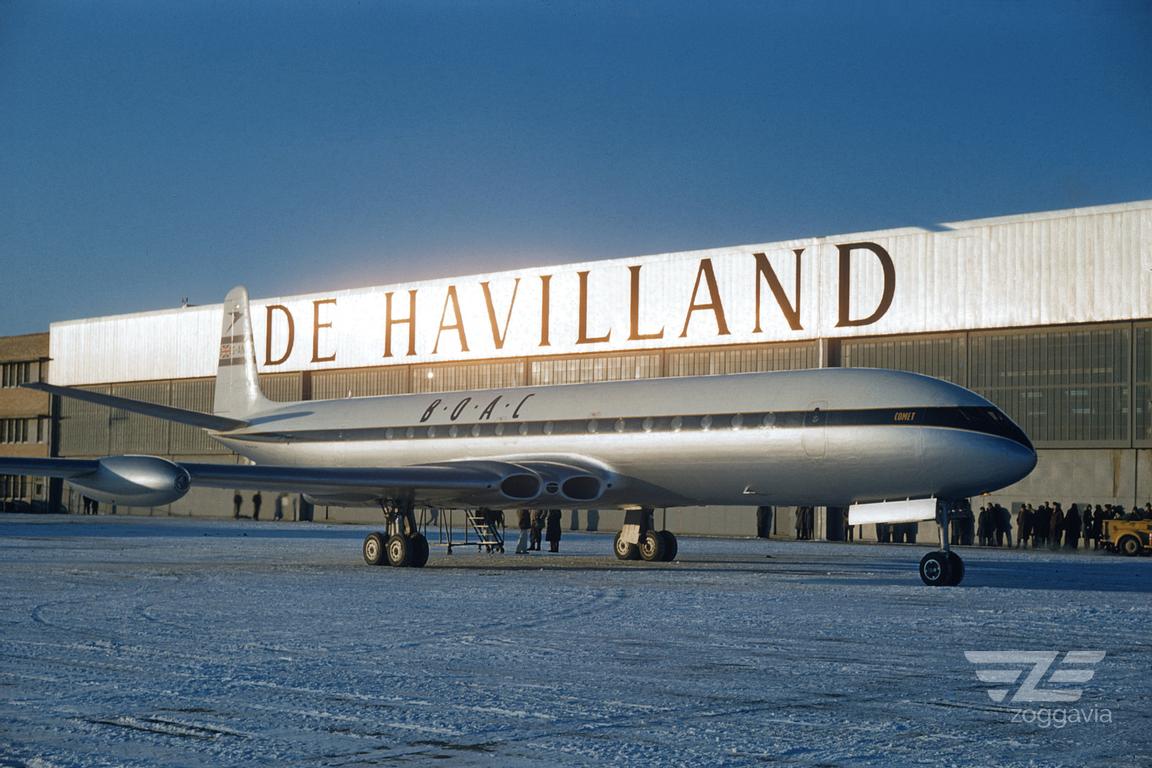 G-ANLO, the only flying Comet 3, took part in a marathon round-the-world promotional tour in December 1955, flown by John Cunningham. It was later modified with reduced span wings as the Comet 3B for display at Farnborough in September 1958. De Havilland used the other Comet 3 for structural and technology testing during the development of the similarly sized Comet 4.

The Comet 4 included many modifications compared to the original Comet 1. It used a strengthened fuselage and round windows to alleviate the metal fatigue problems of the Comet 1. The Comet 4 was also a considerably larger aircraft, 5,64 m (18 ft 6 in) longer than the Comet 1 and typically seating 74 to 81 passengers, compared to the Comet 1's 36 to 44. It also had a more extended range, higher cruising speed, and higher maximum takeoff weight. These improvements were possible primarily due to Rolls-Royce Avon engines with over twice the thrust of the Comet 1's de Havilland Ghosts. BOAC ordered 19 Comet 4s in March 1955 despite the Comet 1's problems. The first Comet 4 flew on 27 April 1958, and deliveries to BOAC began that September. BOAC initiated Comet 4 service with a flight from London to New York via Gander on 4 October 1958. 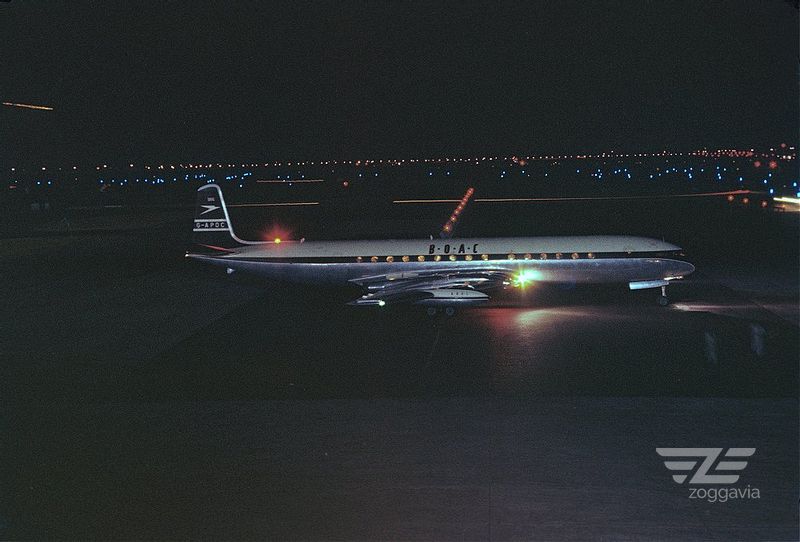 G-APDC Comet 4, departing for the return flight to London, 4 October 1958 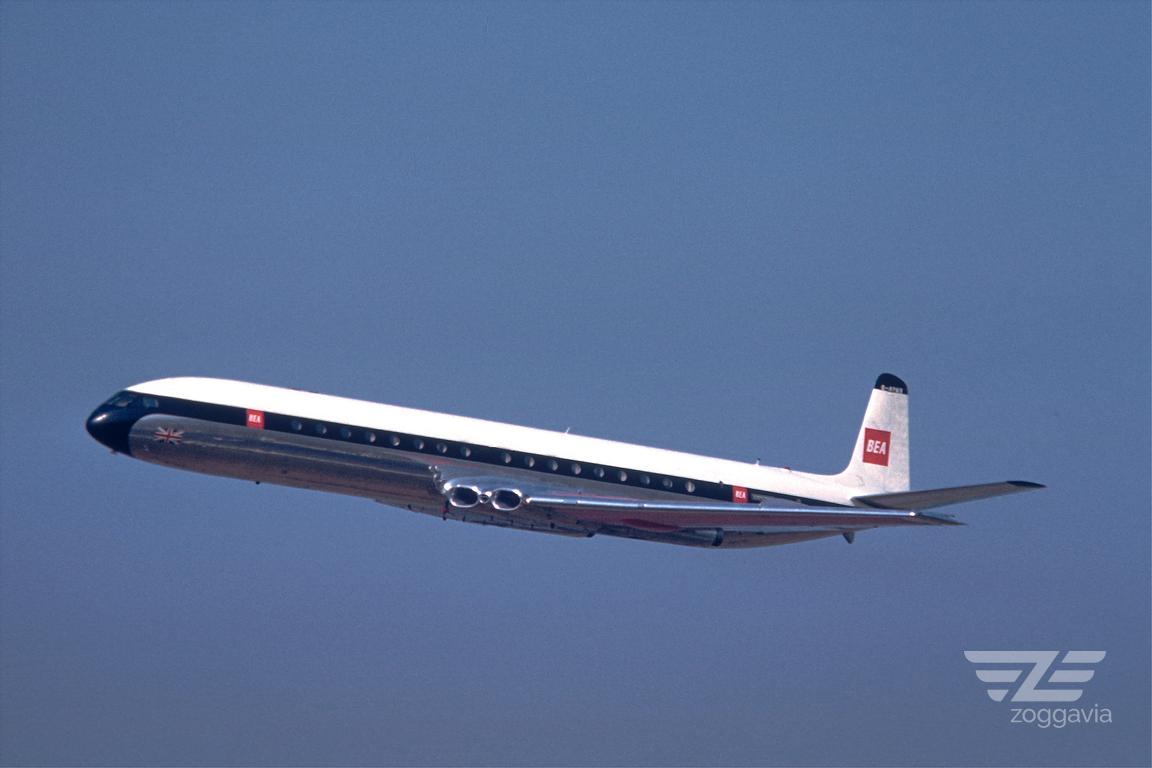 G-APMB first BEA Comet 4B, during a demonstration flight at the Farnborough Air Show 1959

The Comet 4B included a stretched fuselage and shorter wings and targeted the relatively short-range operations of British European Airways, which placed an initial order for it in 1958. The Comet 4B first flew on 27 June 1959, and BEA inaugurated services with it in April 1960.

The final Comet 4 variant was the Comet 4C, with the longer fuselage of the Comet 4B but the wings and fuel tanks of the original Comet 4, which gave it a more extended range than the 4B.

It flew on 31 October 1959, and Mexicana started Comet 4C services in 1960. De Havilland delivered 76 Comet 4 aircraft of all versions from 1958 to 1964. Although BOAC retired its Comet 4s from revenue service in 1965, other operators (of which Dan-Air London was the largest and last) continued flying commercial passenger services with the aircraft until 1980.

Although the Comet was the first operational jet airliner, the disruption to commercial service due to the Comet 1's fatigue failures damaged the aircraft's reputation. Only fifteen airlines used the Comet. The proposed Comet 5 never left the drawing board, and the Comet 4s slowly retired from service in the 1960s. The military used a few additional aircraft, but only the Nimrod, a Comet derivative. Boeing soon dominated the jetliner market, flying the 707 prototype in 1954, along with Douglas, which started the DC-8 program in 1955. 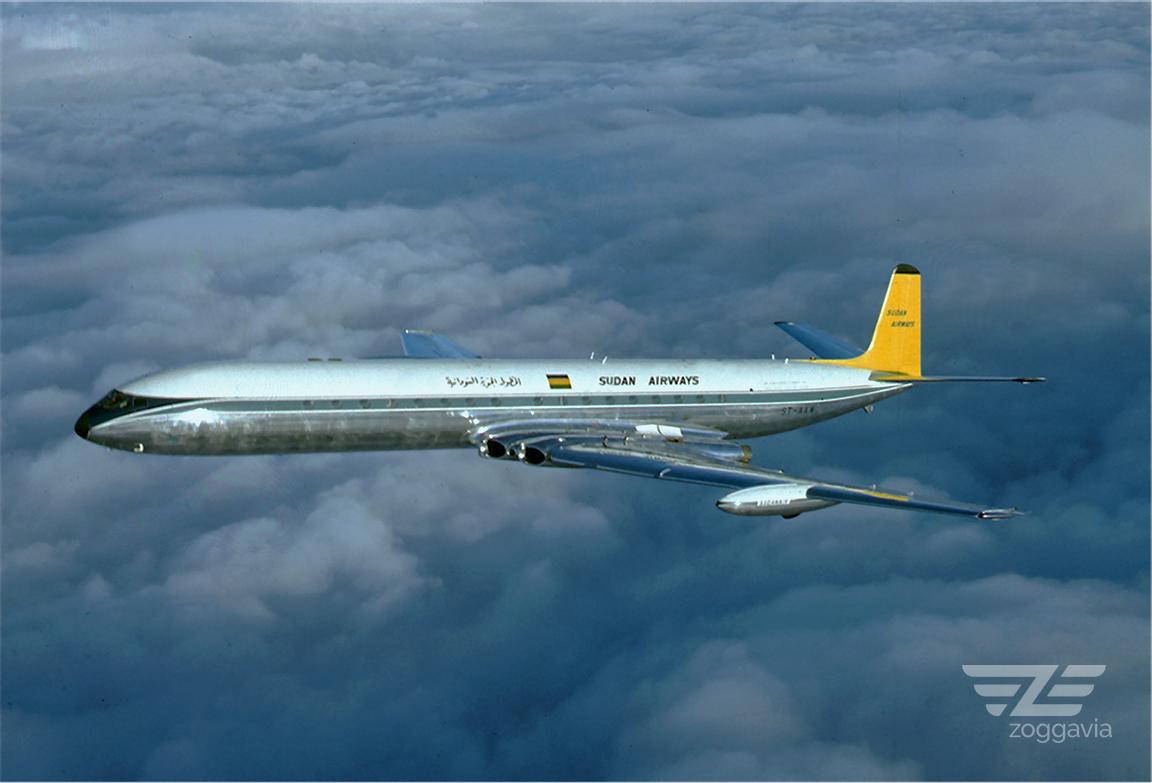 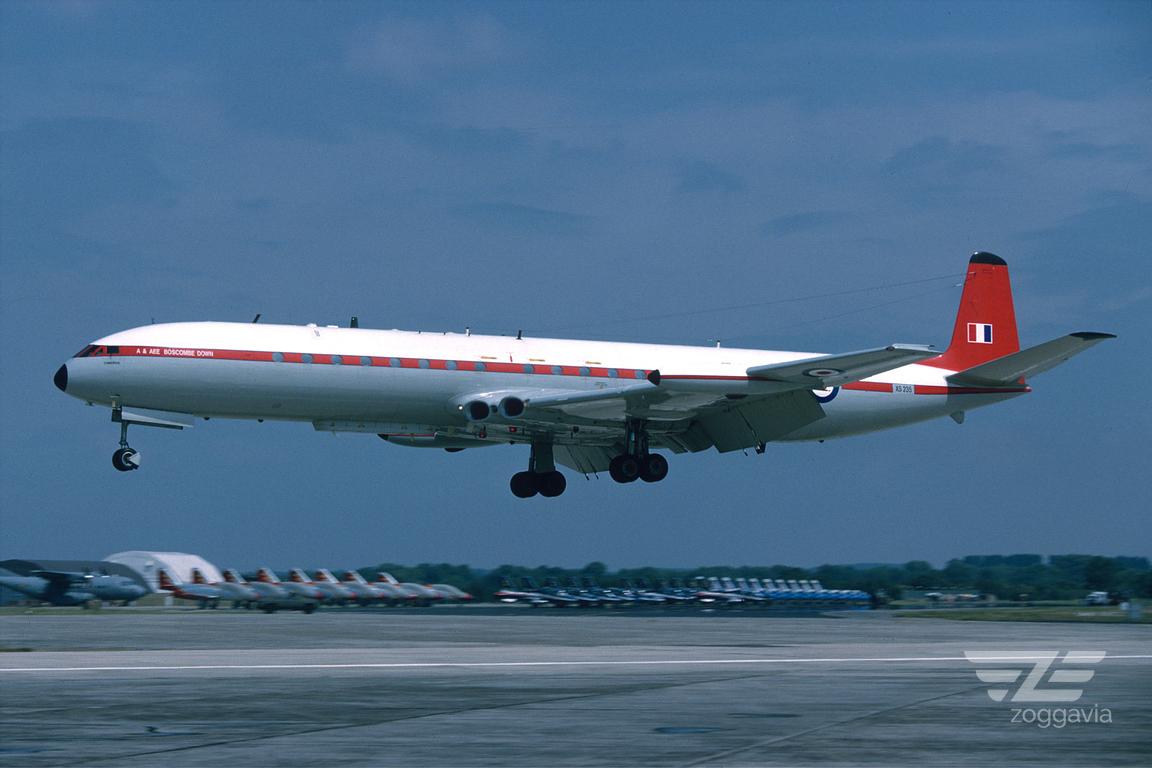 The last Comet flight was conducted in 1997 by a Comet 4C owned by the British government.

Summary of the Comet